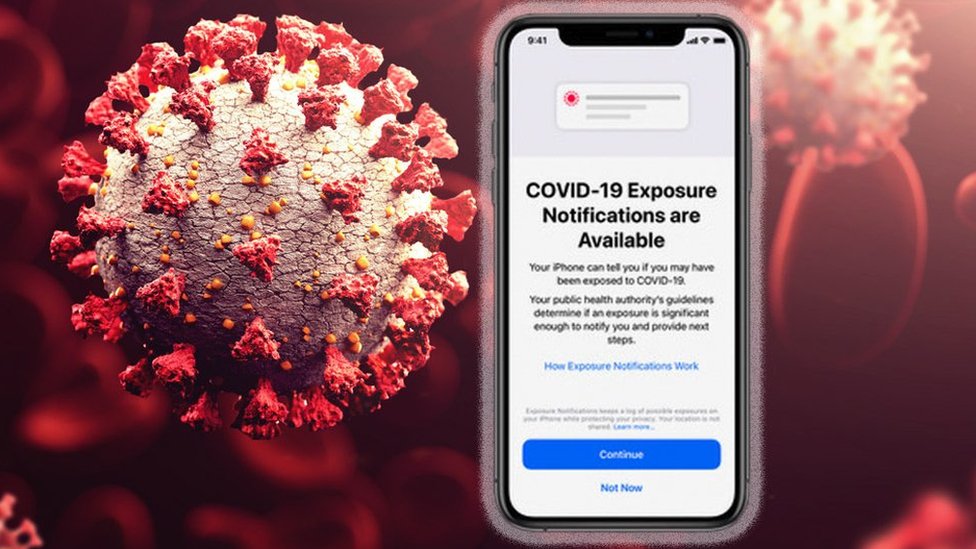 Let’s look at the Background

Public Health Agencies around the world and especially in US have had little success with using mobile phones based technology to monitor the spread of Coronavirus and to warn users proactively.

Some public health agencies in the United States and around the world wanted to build mobile apps that would help them track the spread of the virus, through a process known as “contact tracing.” Due to the slow moving government apparatus, legal and procedural requirements and the logistical challenges, few of such program could take off. The contact-tracing apps that were initially launched did not function properly because of certain limitations, primarily the concerns around privacy and collection of data.

Apple and Google announced a surprise partnership at the start of this pandemic in April. When Apple and Google announced their work together on the COVID-19 Exposure Notification API, the companies put behind years of rivalry to join hands to help people and Public Health Authorities fight this massive battle. Apple and Google announced two phases of the Contact Tracing project. During the first phase, which is what came with iOS 13.5, laid out that that users first download an app from their public health authority and then opt-in to Exposure Notifications. The process of Exposure Notification System works through sharing anonymous Bluetooth beacons with nearby devices running the same software, tagging those that suggest extended and close contact associated with coronavirus spread, and saving the last 14 days of these records.

At the same time, Apple and Google also indicated start of work on the second phase, which would reduce the reliance on contact tracing app from public health authorities while bringing the core functions of the COVID-19 Exposure Notification technology directly into iOS and Android. This is essentially what Apple and Google announced on Tuesday, 1st September. So what is new in the second phase of Exposure Notifications

Apple and Google announced on 01st September that their joint program, contact tracing Exposure Notifications System, can inform people of potential exposure to COVID-19 without a dedicated Exposure Notifications app. The second phase of this program, the companies announced, re-launches the warning software in a new and better Avatar, so that state public health agencies can participate without having to create customized apps. This app-less functionality is called Exposure Notifications Express and is only available when a Public Health Authority (PHA) supports it.

The two partners, Apple and Google are introducing new tools that benefit both the public and public health authorities, making it much easier for public health authorities to implement digital exposure notification, while reducing a step in the process for the general users. For public health authorities, now they do not need to worry about the need for developing and maintaining their own individual contact tracing application. Apple made this breakthrough via the iOS 13.7 system update, released 01st September to general public, while Google is implementing it with an automatically generated application on Android 6.0, upcoming later in September, taking a little longer because of the very different method through which it manages system services and OS updates.

Crucially, Public health authorities still have full control over the system, though, and there are no additional privacy or data related concerns. The Public Health Authorities still dictate and control the process of triggering notifications, what is the language and structure of the advice, and guidance on the next course of action for exposed individuals. Once an user enables exposure notifications in the Settings, their iPhone will begin monitoring with Bluetooth to log possible exposures so the user can be notified of a potential COVID-19 exposure based on the guidelines set by the local public health authority. The process of monitoring and triggering Exposure Notification System works without any changes, through sharing anonymous Bluetooth beacons with nearby devices running the same software, tagging those that suggest extended and close contact associated with coronavirus spread, and saving the last 14 days of these records.

At least in the United States, many people haven’t had the option of participating, as states have been slow to create apps. Now, with “exposure notifications express,” states will have less work to participate. Through this simplification pf approach, Apple and Google hope that adaption rate of the Exposure Notifications Express system will dramatically increase, at both levels, from users and public health authorities. The first public health authorities in the United States to adopt the Exposure Notification Express system will be Maryland, Nevada, Virginia, and Washington, D.C.

Users who live in states that participate in the software may get a pop-up notification, prompting them to opt into the program. By following simple steps, they can share their Bluetooth data and receive notifications if they come in contact with another participant who has tested positive. For states that already have a contact tracing application standalone application using the COVID-19 Exposure Notification API, those apps can still exist and operate on their own. As of right now, Apple and Google say that 25 states and territories, representing more than 55% of the population, are exploring Exposure Notifications System solutions.

Finally, Apple and Google emphasize that all of the original privacy protections of the Exposure Notification API also extend to the Exposure Notifications Express. Users must explicitly enable exposure notifications, nothing is enabled by default. No location data is shared and the system does not share your identity with other users, Apple, or Google. All matching is done on-device and users have full control over whether they want to report a positive test.

“I would say this is an improvement,” said Jeffrey Kahn, director of the Johns Hopkins Berman Institute of Bioethics. Kahn, who has been studying the use of technology to fight the virus, said states have been hamstrung by indecision around which technology vendors they should use to build their apps, among other issues. He said this may help speed up adoption, but shouldn’t be considered a magic bullet.

“Public health agencies are carrying an extraordinary load in managing the novel coronavirus response,” said Scott J. Becker, head of the Association of Public Health Laboratories, in a statement provided by the companies. “The easier we make it for state and territorial public health agencies to develop and deploy, the sooner we can expand COVID-19 exposure notification in our communities and help end the pandemic.”