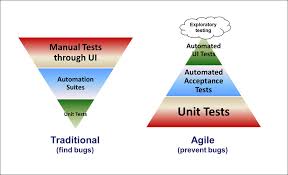 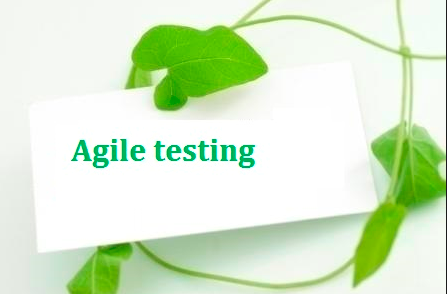 When working on an Agile project, there is continuous discussion about development processes and timely, iterative delivery to customers. For the most part, Testing is construed, without much thought, to be an ‘included’ part of Agile Development process, just as design and requirements analysis are. Yet the domain of software testing is often ignored, or at the least not paid an equal attention.

There are multiple approaches or frameworks within Agile like SCRUM, Scaled Scrum, Kanban, XP and others. As the complexity of software development processes is increasing continuously, the software testing processes also need to evolve and mature to keep up with the development approaches. Agile testing is a relatively newer approach which focuses on testing smarter rather than investing considerable efforts, all the while delivering high-quality results. 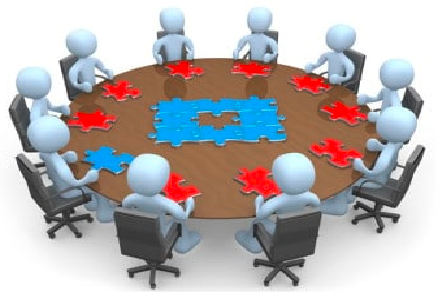 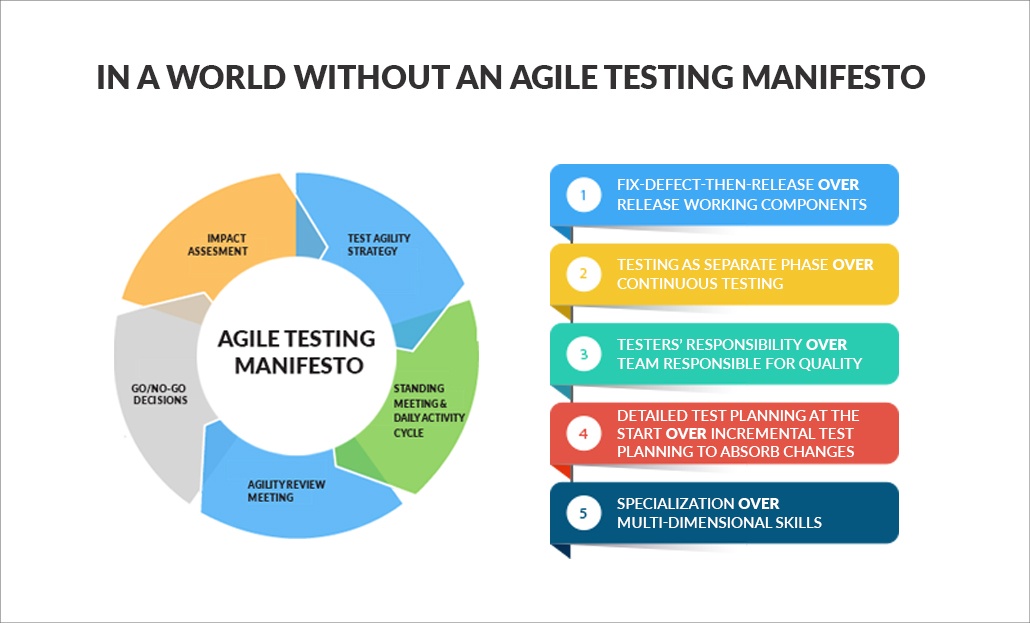 Traditional testing practices have taken their lead from the Waterfall model of software development, where requirements gathering, software design, and implementation follow a deliberate and often lengthy path. Waterfall methodology has fallen out of favor recently, as Agile is becoming increasingly popular. Despite the tide of time in favor of Agile methods, waterfall testing still exists and in many cases is seen as flourishing. The ‘waterfall testing’ in an Agile implementation is particularly like an island in the middle of water which steadfastly holds its own.

The lack of Agile testing strategy is particularly characterized by two kind of practices. First, reliance on testing as an end point to development. Many development teams still consider testing as a conclusion to development stage. This promotes the view that testing must test the entire user story or feature or MBI or increment produced in its entirety. Secondly, testing at the end of development cycle is seen as merely a rubber stamp activity. Development teams often give impression that they have coded what needs to be coded and testing is merely a formality.

Today as seen in many Agile implementations, development may have moved to Agile however ‘testing at the end of development cycle’ continues to exist in its previous avatar, clearly meaning that Testing has lagged. This kind of hybrid Agile is being followed everywhere, where development stages include everything from high level design to business analysis to client collaboration, only excluding testing. Reasons can be many, perhaps out of convenience and / or ignorance, or perhaps due to simplicity.  Perhaps the people did not understand the difference between Agile testing and Waterfall testing, hence just carried over many of the same documents and processes as used in Waterfall. In most cases, testing is simply seen as a control point, or check-gate, rather than treating it as it should be, a value addition activity. 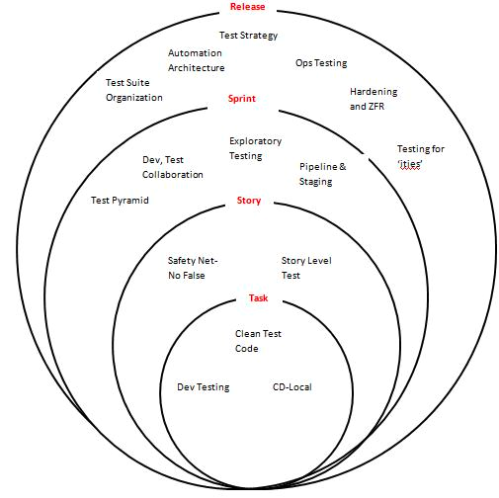 There is inbuilt uncertainty in an Agile project. When an Agile project starts, what the final shape of product or what will the system look like, is not known. Agile projects begin with requirements which continue to change till the time product meets acceptance.  As a project moves forward, the risk profile of the project changes. At the beginning of a project, the risk profile is higher and as the project moves forward the risk profile grows conservative as there is more at stake during later stages. As the team learns to work together, the team and project dynamics change over time. The timescales change over time; WIP inventory and backlog continues to change over time. Similarly, Agile testing approach also must undergo a change to meet the changing, adaptive requirements of the Agile project. Whatever is the approach being adapted for development processes, testing should follow the same approach. 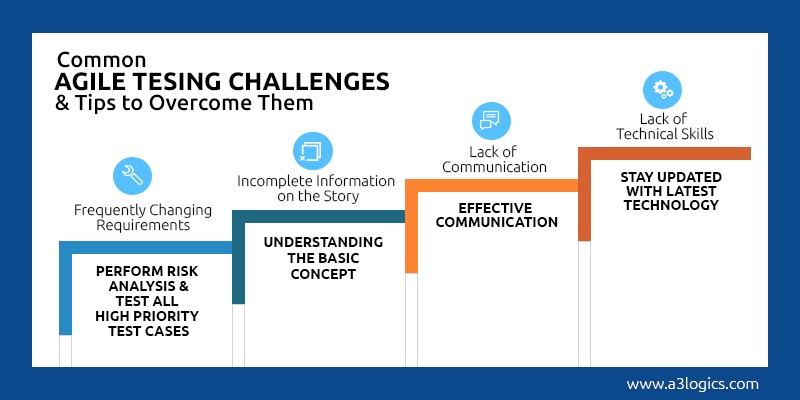 The below are some rules that may be followed to define Agile Testing approach for the project or the function:

As compared to testing at the end of finishing development, Agile development stresses on early and frequent testing of finished and unfinished code changes. In the world of Agile, testing needs to happen early and often. So, instead of waiting for development to be finished before testing begins, testing happens continuously as components or tasks on a particular user story or feature are completed. 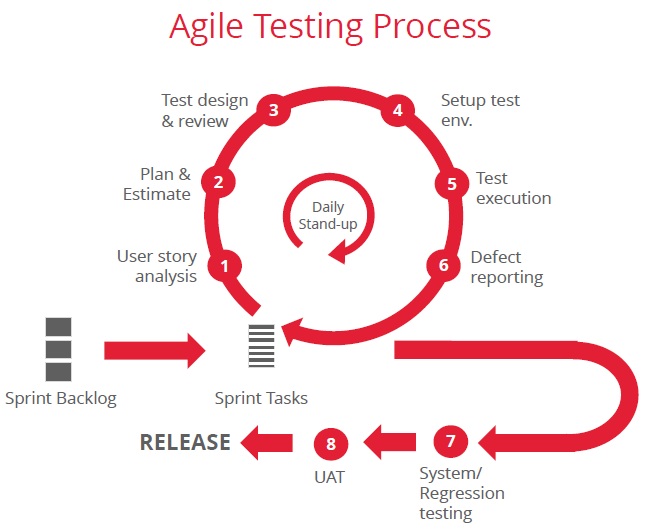 Behavior-Driven Development (BDD) − Behavior-Driven Development (BDD) testing is based on the expected behavior of the software envisaged by the project team. BDD approach is based on same principles as Test Driven Development approach, but instead of unit tests, it calls for testing at higher level, usually at business level. Instead of starting with a technical-facing unit test as in the case of Test driven development, BDD starts with an initial requirement based on end user or customer behavior and calls for tests that are “human readable” and can even replace some requirements documentation. This requirement is based on behaviors that the product should exhibit, creating an airtight guide for engineers to use as they develop tests.

Exploratory Testing -: Exploratory testing gives the testing team and testers an ownership over the code to test it in an organized, yet chaotic way. In exploratory testing, testers are not following documented test steps, but rather exploring the vulnerabilities in the software in imaginable and clever ways to try to break it. Testers document defects as usual, but detailed documentation of what and how the application was tested may not be always provided.

Exploratory testing doesn’t follow a set script or test cases. Rather, it’s about developing the most intuitive tests based on each unique functionality of the software. Because of its unconventional approach, exploratory testing often mimics how users or end customers will interact with the software in real world.

The test process is not a separate process that can be outsourced or left alone, it is merged with the development processes. The true benefits of Agile testing are revealed when it is used as part of Agile development and accorded an equal importance. The sooner testing team and testers get involved, better it is for the project. Ideally, testers should be part of the overall scheme of things from day one, simply because giving testers a seat at the table from the start provides a higher level of insight into requirements and goals, encourages collaboration and helps hammer home the need to conduct frequent, continuous testing.