Jeff Sutherland and Ken Schwaber conceived the scrum process in the early 1990s. The term ‘Scrum’ was originally borrowed from rugby and referred to ‘team of individuals working toward a common goal’. The pair codified scrum in 1995 in order to present it at an object-oriented conference in Austin, Texas (during the OOPSLA 1995 conference) and published it in the form of a paper titled “SCRUM Software Development Process.” However, the development of Scrum is not so clear as needed to credit just one or two individuals.

Many publications and experts credit Hirotaka Takeuchi and Ikujiro Nonaka, two acknowledged management thinkers, as the proponents of first concepts related to Scrum. A paper published in the January 1986 issue of Harvard Business Review by the duo gave detailed principles of Scrum. Jeff Sutherland and Jeff McKenna drew on the inspiration of this 1986 article and developed it further. The first full implementation of Scrum occurred in 1993 when Jeff Sutherland along with John Scumniotales and Jeff McKenna implemented Scrum at the Easel Corporation. 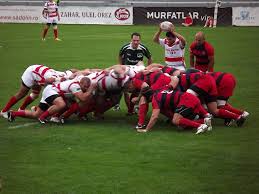 Scrum was initially based on the notion that development of new, complex products, can be best achieved when small and self-organizing teams are given objectives rather than specific assignments. The team had the freedom (self-directing teams) to determine the best way of meeting those objectives. Scrum also defined time-boxed iterative development cycles whose goal was to deliver one or more features in each release, thereby delivering incrementally working software version with each release. Today, most teams that claim to practice an agile methodology mean that they’re using scrum.

The original Scrum definitions, purpose and uses are best found at Scrumguides.org

The best explanation of what Scrum is, in the words of Jeff Sutherland and Ken Schwaber is as follows:

Jeff Sutherland believes that Scrum is a framework with a set of best practices learned over fifty years. Ken agrees as well with this and gives a good analogy of comparing Scrum with playing chess: The word “framework” means that much is not specified and must be devised by those using the framework. I equate Scrum to the game of chess. You can read the official rulebook for chess. The moves, players, sequences, scoring, etc. are all specified. Learn them. Then you can play chess. 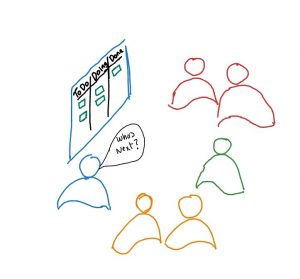 There are core principles in Scrum that are widely discussed about and known. Based on these principles, there are multiple practices that are acceptable within Scrum, which teams may adapt based on their needs and requirements.

The above are not exhaustive rules, but best practices modeled on Scrum rules which teams are free to adapt.

Growth of Scrum and its default usage with Agile

Scrum is now the default agile software development methodology. This management framework, which is “simple to understand but difficult to master”, is used by 66% of all agile companies.

VersionOne’s 2016 State of Agile Development survey puts the number of teams currently following a pure Scrum approach for their agile implementation at 58%. Furthermore, this number increases to 75% if you include hybrid approaches such as those which combine Scrum with another agile approach such as Kanban to create Scrumban.

Why is Scrum so unpopular?

Before the Agile fad made it a lasting and widely-used process, many organizations used the term “Scrum” for what someone would commonly call a “Code Red” or a “War Room emergency”. If there was an uncontrollably fast spinning out-of-hand situation, or an unexpected failure, or rapidly-evolving problem, the management or the department leadership would call together their best people and form a cross-cutting team. This cross cutting team’s only mandate would be to resolve the problem as quickly as possible.

Of course, the team would have a leader for namesake, in other words as there is no clear manager as the team didn’t evolve but was rather plugged together, a leader would be ‘assigned’. This person is sometimes called Scrum master and his / her authority is limited to ‘removing impediments’ and ensuring that team members ‘meet’ daily. The management would not want him to be an official “people manager” (since he needs to be as impartial as possible). Since the crisis is short-term, the team members’ career goals and aspirations are put on hold. It’s considered a “sprint” because people are expected to work as fast as they can to solve the problem, and because they’ll be allowed to go back to their regular respective functions or teams once it’s over. The team members, many of them highly qualified engineers and thinkers pitch in whole-heartedly as they feel doing so is the best interests of the organization. The focus is on the mission and the mission only.

However as time wears on, and ‘Sprints’ progress, the never ending nature of ‘emergencies’ become clear. That these çode-red’ situations are now imbibed in to the organization’s DNA becomes clear when project after project falls in to the same framework.

Once a firm sees the dramatic benefits of small client-driven iterations in one area, it becomes natural to ask: Why not do all work in this fashion? The bigger question to ask is : Can all work be done in similar manner?  Can code-red situations exist forever or become the de-facto working style? What impacts does it have on the humans involved in the value chain? After all, an organization’s most important asset are its resources. So what about their perspective? Are these resources happy to work in an environment where they need to justify every hour of their day producing predictable results like a machine? Or is it not important at all to take their viewpoint and their idiosyncrasies in to consideration? More often than not, in the race to become Agile and implement Scrum, such questions get relegated to sidelines.

Here is a look at some of the reasons Developer communities and professionals in project management have ceased to be a fan of Scrum: 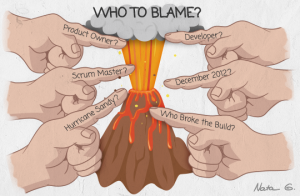 Most experts are not against every idea and practice in Scrum. For example, the principles of the whole team taking responsibility for the code base, or always having an integrated, working master are really noteworthy and something that all teams in all project settings can benefit from.

Software is research; its as much discovery and going along the unknown path as it is about following standardized, laid down paths. It’s a matter of discovering the solution, not rummaging through it.

Scrum, as many practitioners will tell you is far from useless. In fact, its simplicity makes it very popular among industry practitioners from all backgrounds. There are lots of other techniques that you can use with Scrum – user stories, continuous integration, burn-down charts, burn-up charts, estimation of tasks in hours, complexity points, etc. But none of these are mandated. 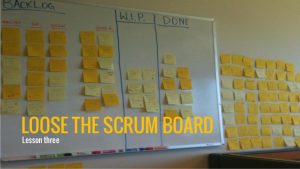 A lot of Scrum that is seen today is more along the lines of “This is a buzzword, I read a blog post and watched one of those YouTube videos…let’s go!” without understanding of the principles or how to implement those.

As one senior developer put it once: firms and teams are much better off and will have much higher chances of success if they attempt to answer these two questions honestly:

Many in the development community particularly many old heads feel It’s time for this culture of terminal neglect of experience, low autonomy, and aggressive management intervention to pass over to something more adept at the growing needs. These folks feel that Scrum and Agile aren’t just bad ideas – they’re more dangerous than that, as an entire generation of new engineers and professionals using these techniques are getting their horizons restricted, having to absorb limiting methods such as Scrum and Agile. There are far too many young programmers being doomed to mediocrity by the idea that business-driven engineering and “user stories” are how things have always been done.

Agile and Scrum rose in prominence post 2001, when the growing requirement of immediate results just couldn’t be met through conventional waterfall project management techniques. Before that the software development field had persisted with same old conventional techniques for 3 or 4 decades.  Perhaps, just perhaps, the time for rollover to new methods has been shortened from 3 or 4 decades to 2 decades. Perhaps, Scrum has now become the new ‘old’ method of doing things.  Perhaps, its time already for newer methods to replace conventional Scrum.